Sookhai’s Diesel Services Ltd, together with the Caribbean Industrial Research Institute (Cariri), are seeking to put an end to the days when drivers would take their vehicles to be serviced and then have to run down the mechanics to find out when they would be fixed. Or, more importantly, avoid their customers having a heart attack on seeing the repair bill.

The solution: a mobile apps titled SD STAR (Sookhai Diesel Services Testing and Repair). The name was suggested by a member of Sookhai’s Diesel staff.

In a Business Newsday interview, Cariri’s data analytics ICT business coordinator, Lynette Akong, and Sookhai’s Diesel Services managing director, Richie Sookhai, said the app is part of an integrated software platform and the first of its kind developed for the local service industry.

The app will update customers on the status of their vehicles from the moment of entry into the service bay until its completion.

Sookhai said this would also assist in building customer service and transparency in the entire process.

“In the past, customers had a lot of difficulty getting information about their jobs. They are calling the phone lines, not getting in touch with our customer service rep, and the rep may be busy and sometimes because of human nature or human error, may forget to call back. In this way, now there is no lapse of time of giving the customer the information they need.”

“The app has grown in such a way that they would not only be able to track jobs, but have a quote given to him or her directly to their smart phone, or PC or tablet or whatever device they may choose and with that now they can either approve the job or call the office for further information or send a notification that they need to be called.”

“After that process is done and we get an approval then the app goes into the second stage where the job is being worked on, whether or not parts are being ordered, or if the job is completed, a notification will be sent to them, all this is done in real time which gives the customer greater transparency, there is also less down time, everything is sent to their device.”

“It also helps management track different types of jobs real time so that we can have an idea whether a job is stuck in a particular area or whether or not it needs some type of intervention from upper management so that we can get this thing filtered out of the system.”

Sookhai said when a vehicle is brought to the company a job number is created which customers can enter into the app to get a status update.

“It also provides management the indicators on what is popular on the market right now in terms of making the purchasing department more efficient – it helps us with market trends.”

Akong said the app is part of an integrated solutions system built especially for Sookhai’s Diesel which also helps staff to manage the incoming jobs.

“We built different parts and integrated them, so the solution itself is made up of parts for Sookhai’s Diesel staff to manage the incoming jobs, (and) the customer app which is the mobile app part of the solution which customers can download from the app stores and put on their phones so they can get the notifications.”

“So when the staff changes the status of a job, it goes straight to the customers app and the third part of the solution is the analytics where the KPI (key performance indicators) we put out, all that data that is entered in, is also incorporated in from the social media sites, such as diesel tips and this also helps the customers describe their problem when they come in.”

“We have an integrated team of local home grown… developers — we have domain expertise in data science, ICT and engineering and that is the combination that industry out there will benefit from.”

Akong said the training of Sookhai’s Diesel staff was also done by Cariri staff who did extensive dry runs of the apps before its launch.

Akong said security was a key part of the mobile app’s development, noting they had “defaulted” to Microsoft’s own security platform.

“Security is at the foremost of everything we build. We build it on-site and deploy it on-site from there, it never gets out there. In this particular app, it asks you to verify your identity using your phone, so that you verify you are the owner of the job.”

(Cloud OS is a marketing term used to describe a lightweight operating system (OS) intended for netbooks or tablet PCs that access web-based applications and stored data from remote servers.)

Sookhai said with an increasing number of people using smart phones or similar devices, more customers would gravitate to apps and not be afraid of the technology as this is the new business frontier.

“A lot of people in TT still do not use technology, they tend to be afraid if it and they fall short in seeing the potential their company could achieve using technology.”

“The old-fashion way will always be there where people call on the phone but times are also changing and we as a country have to also change with the times and embrace technology,” he said.

The app, according to Sookhai, would be available for both Apple and Android devices from early January, 2019. 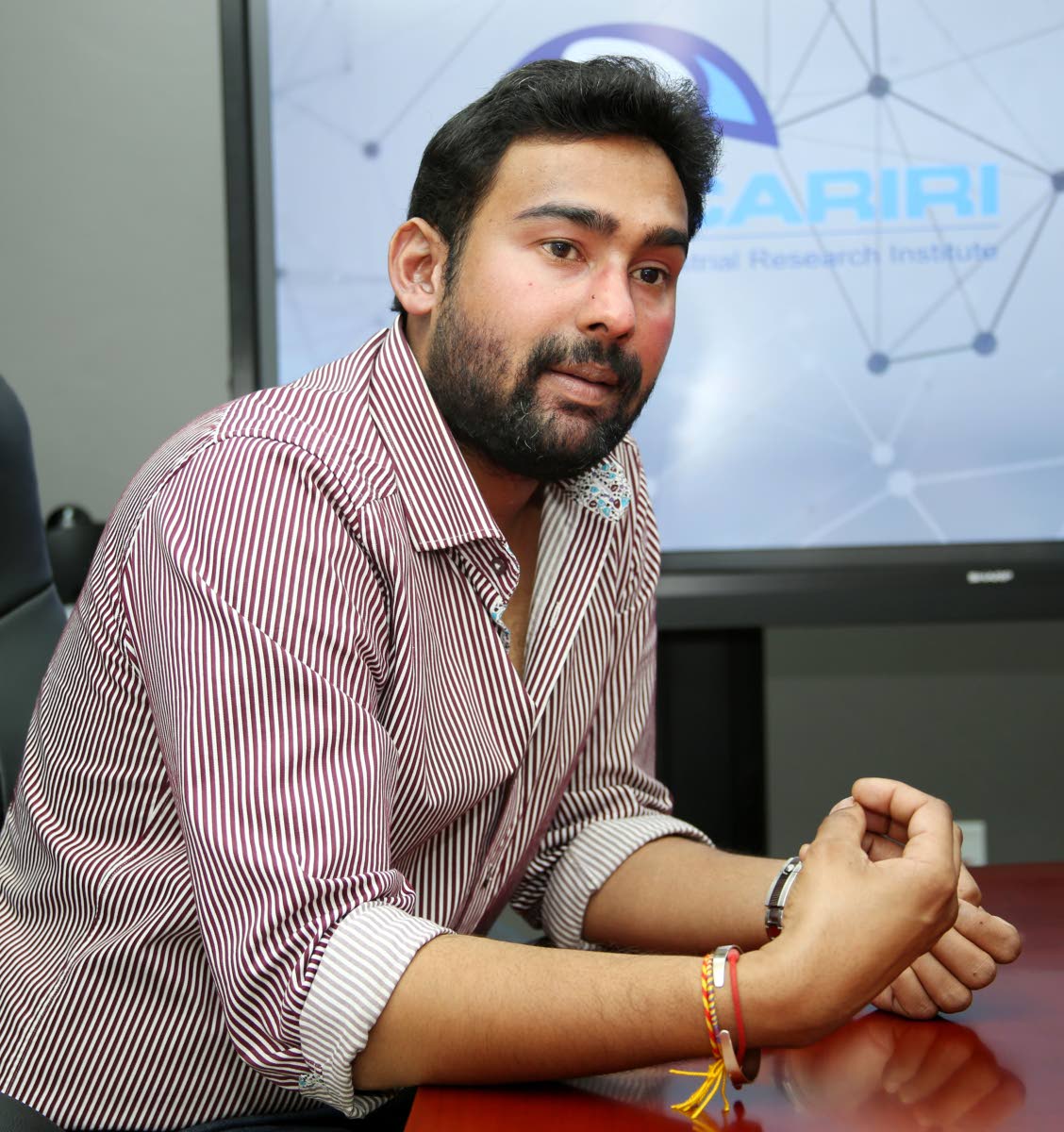 Island Talks - February 21, 2019
0
IMAGINE owning something that no one else has. A gift, conceived, designed and crafted, just for you. This is not a joke, it’s D Punchline,...

Island Talks - February 21, 2019
0
RHIANNA MCKENZIE From the moment you enter the capital city, the Twin Towers are the most notable part of the waterfront. They may not be the sky scrapers that most foreign visitors are used to but for us, the towers...
Read more

Island Talks - February 21, 2019
0
RHIANNA MCKENZIE From the moment you enter the capital city, the Twin Towers are the most notable part of the waterfront. They may not be...

Island Talks - February 21, 2019
0
Gary Cardinez Prime Minister Dr Keith Rowley was in a relaxed mood at the Queen’s Park Oval, Port of Spain, on Tuesday evening, during the...

TT, Mexico in CONCACAF U-17 group

Exclusive Article – The World’s 50 Most Beautiful Cities©, ranked by...

rape victim being ignored by police after reporting a gang of...

ABOUT US
Trini Talks is a proprietary trademark of the Island Talks network under which all rights are reserved.
Contact us: info@trini-talks.com
FOLLOW US
© Copyright 2017 - powered by TEQQED